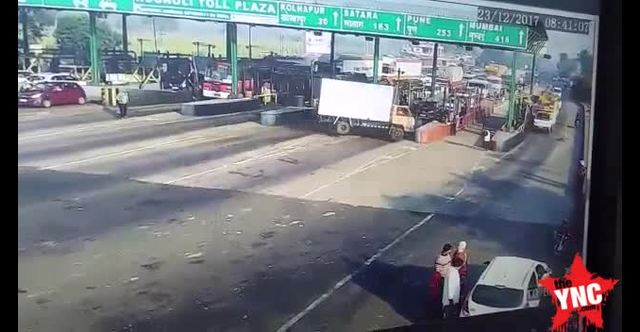 On the evening of the Kolhapur-Pune-Bengaluru Highway, the Cognoni Toll Naka was a strange accident. The truck was going from Belgaon to Kolhapur. After the truck arrived at Cognoni TolaNac, the driver's control was abated and the truck hurled tremendous speed on the tollicator. Luckily no living loss was involved in this. After the accident, the owner of the truck fumed. The whole incident has been captured in Toll Naka CCTV. The incident has been registered at the Konigali police station