16
14
fot.Rocco Morabito, the kiss of life 1967
In 1967, construction workers JD Thompson and Randall Champion were conducting routine maintenance on electrical wires in Jacksonville, Florida, when Champion accidentally touched the low-voltage wire, which was running over 4,000 volts through it, at the top of the pole. The electric shock stopped his heart, and he collapsed. His safety harness prevented him from falling to the ground, but he was not breathing. Co-worker JD Thompson was below him and hurried to provide mouth-to-mouth resuscitation. Because of the situation, he could not provide CPR. Thompson continued breathing for Champion until he could feel a pulse, then called down to onlookers, “He’s breathing!” Thompson unbuckled Champion’s safety harness and carried Champion down the pole to safety over his shoulder. He and other construction workers continued CPR on the ground, and Champion began to revive. The ambulance arrived shortly thereafter. “The Kiss of Life,” won the Pulitzer Prize for spot photography in 1968. JD Thompson lived to be 64 years old, dying in 2002, while Randall Champion made a full recovery from his injuries and was still alive in 2014. Rocco Morabito died in 2009 at the age of 88. 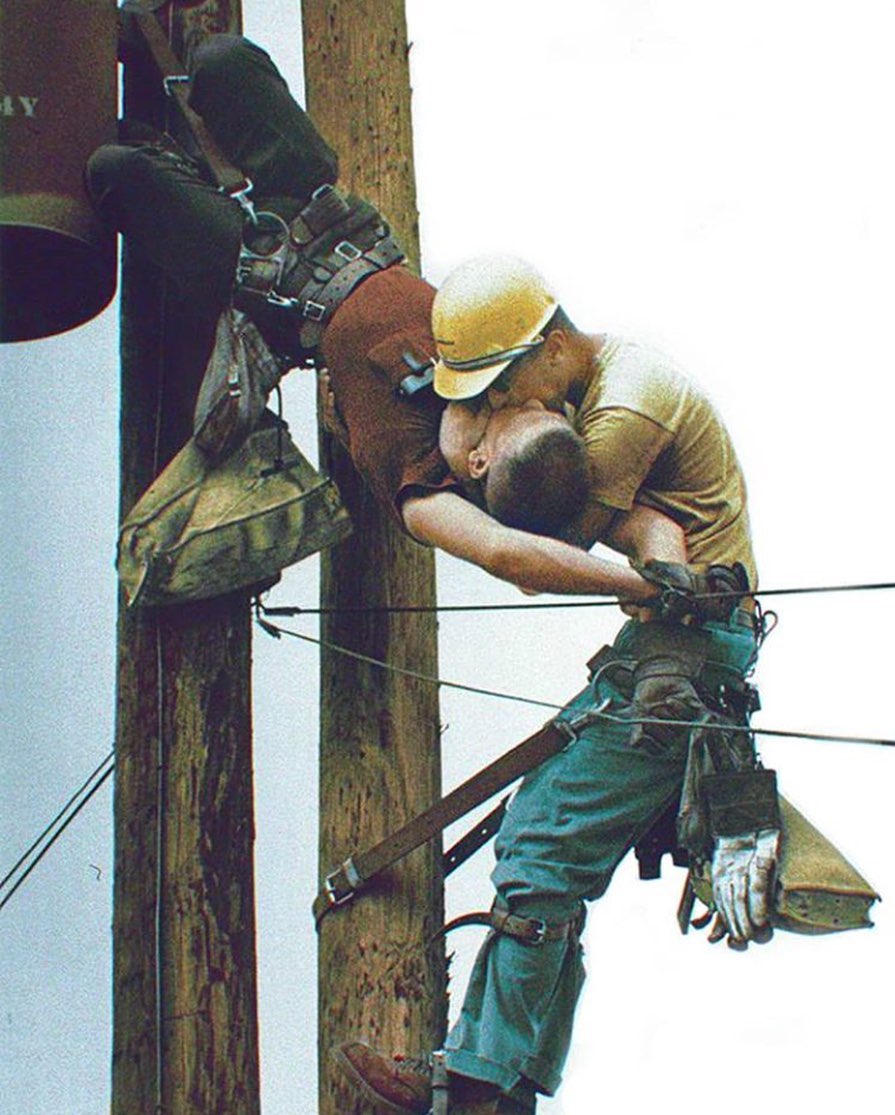